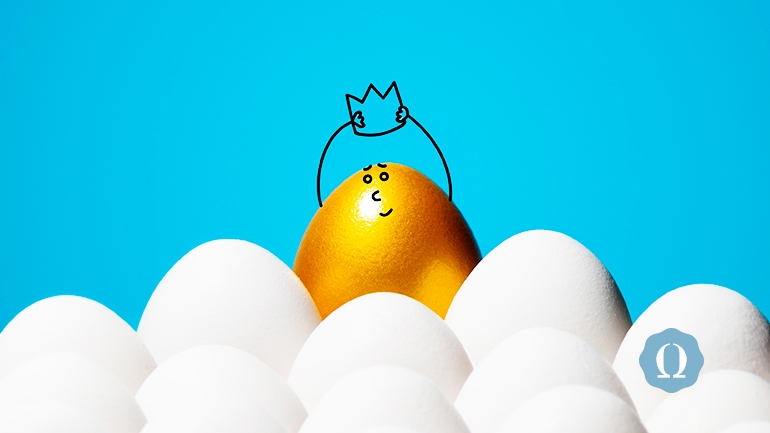 In the world of Greek Life, there are three major councils that recruit women.

Each has its own unique process.

While the MGC and NPHC rely on a less formal structure that favors year-round recruitment, the NPC uses a formally codified structure that condenses its recruitment process into a single week of focused effort.

Unlike any other council, the NPC is remarkable for its ability to do one thing at a level exceeding all others:

The NPC helps young women find a home in the sorority of their choice.

It emphasizes mutual acceptance over rejection.

As we mentioned above, the MGC and NPHC handle recruiting in an entirely different manner than the NPC.

Namely, this difference is pronounced by the fact that the MGC and NPHC operate on the basis that the potential new member (PNM) must discover the sorority in question, and formally express their interest to join to a member—typically in person.

Typically the chapter’s of these councils will only have a table at a registered student organization fair and be featured at campus-mandated Greek Council orientations.

And that’s not a structural oversight. It’s by design.

MGC and NPHC, recruitment is a year-round endeavor. And typically these organizations want PNMs to approach them directly to be given further information about the pledge process.

However, there’s a problem with that system.

If an aspiring applicant has never heard of the sorority in the MGC or NPHC and hasn’t seen them on campus, there’s very little exposure for these councils without a formal Recruitment process.

And a lot of young women that might connect with these organizations get lost in the shuffle of student life and fail to register the rich history and culture of these councils.

In the past, Panhellenic recruitment used to operate much differently than it does today.

And all of this was hurting Greek Life.

Young women weren’t exploring all their options and as a result, some would end up missing out on Greek Life.

As a response, the Panhellenic Council adopted the Recruitment Figure Methodology (RFM) system.

This was software that allowed potential new members (PNMs) and the sororities they had an interest in, to match.

Think of it like Tinder for sorority recruitment—you’ll only be matched with a sorority house that likes you back.

Here’s how it works:

By deploying this system into its recruitment process, the Panhellenic Council has completely shifted the way traditional recruitment is executed, creating an environment of mutual acceptance between the PNM and the sorority.

Also, if you decide you don’t want to join the sorority where you received a bid, you can always opt-out of Recruitment Week for that calendar year and try again later.

In the Panhellenic process, choice reigns supreme, and as each young woman experiences the culture of each sorority in the council, every PNM enjoys the maximum chance to find a home in a sorority she enjoys.

Panhellenic recruitment is designed to promote each chapter’s unique values and culture.

In Panhellenic recruitment, Recrutiment Week is broken up into rounds.

The purpose of these rounds is to gradually refine the choices of each Rush Week participant to promote more time and connection with the sorority chapters they want to see more of.

During these rounds—which are themed—each sorority hosts meet-and-greets, performs skits, sings songs, etc.,to give a glimpse of life within their organization.

Here’s how the rounds are typically broken up.

A Rho Gamma or Rho Chi (disaffiliated sorority sister who acts as a guide to PNMs) will lead interested young women from house to house. The purpose of these visits is to meet as many sisters as time allows and determine if there’s a match in values and culture.

After 20 minutes or so, the Recruitment Chair will make a speech, tell a funny story, or encourage some kind of activity before dismissal and departure to the next house. After that, the PNM will write down their list of preferred houses, and the list of eligible choices will be pared down for the following day.

This round varies by school, and typically involves a craft, philanthropy presentation, or skit. It will also involve a full tour of the house. The rounds in these cases are longer in nature, jumping up to 40 minutes per house. Again, after the day is done, PNMs will be able to refine their list further based on the houses and sorority members they enjoyed.

This round varies by school, and in some cases chapters will not perform a skit. During this round, skits are put on by some of the most talented members of each chapter in a performance of music, pop culture references, and dancing. This gives each chapter the opportunity to show their unique personality and allow PNMs to determine where they feel most comfortable. At the end of the day, PNMs will rank which houses they prefer and refine their search to three remaining choices.

This round is essentially an interview where a PNM will spend their time talking to one member for the entire session. This is the opportunity to learn about the sorority’s traditions, principles, and values. During this round, each sorority member will detail what their sorority means to them and showcase a ceremony that emphasizes the essence of their house. By the end of the day, the PNM ranks her favorite three houses, and the sorority that chooses her in kind makes a bid.

In a structured recruitment process that emphasizes mutual acceptance and choice, by the end of Rush Week, each PNM is given a clear look into the sororities of their campus, their values, and a few of their members, allowing them to make the best choice possible to determine where they belong.

The National Panhellenic Council has made significant strides in eliminating the dangers of alcohol, tobacco, and hazing from its recruitment and pledging process.

By adopting a ZERO-TOLERANCE stance at the national level and coupling it with crushing penalties and punishments, hazing within the Panhellenic recruitment process has been effectively eliminated.

This gives all young women the opportunity to find a second home in a sorority without the fear of humiliation or abuse.

Enlisting Rho Gamma’s and Rho Chi’s as guides, the Panhellenic recruitment process is structured to weed out any bad behavior at the outset, and instead, emphasize a system of support and sisterly belonging.

And joining a sorority can be a beautiful thing.

At the start of the year, a far-flung woman on an unfamiliar campus and surrounded by strangers is only beginning to figure out what it means to be an adult on her own.

By the end, she’s gained a network of like-minded young women, a support system she can count on for life, and the leadership, social, and communication skills necessary to succeed in life after college.

If you’d like to learn more about OmegaFi and how we can help with your chapter’s recruiting
Call 1.800.276.6342 or Contact us directly here.