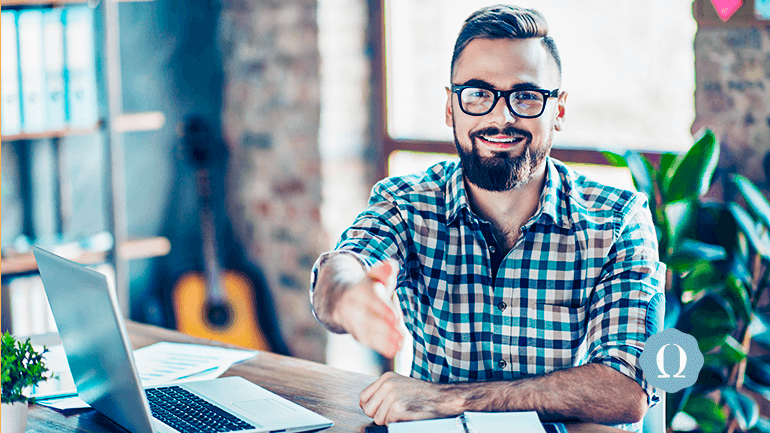 IFC recruitment can be a bit of a gamble.

Even when you do everything right, you still never know what might happen during the hecticness of recruitment events.

You also never know for sure how conversations with potential new members will turn out. Who will your future brothers be? Will they be the next Brad Pitt, Neil Armstrong, Jack Nicklaus, or Eli Manning?

Maybe the next President of the United States will walk through your fraternity house doors. Who’s to say?

Here’s the point, though: It. Doesn’t. Matter.

There’s no way to predict who your future brothers will turn out to be. It’s pointless to try to bring in brothers whom you think might one day be a movie star or a sports hero.

However, graduated brothers’ success and place in society—the way they give back—does point to some things chapters can do to recruit the right brothers. When you seek quality brothers who share your IFC values, a few are bound to fly through space or cure a disease or two once they graduate.

Let’s look at a few fictional examples of brothers who almost didn’t make it through the recruitment process, thought it might not be for them, but decided to join in the end—because of the people.

Hollywood may be all glitz and glamour, but before all that, Jim found himself attracted to the genuine nature of fraternity life.

He was a theater major who took acting seriously—as an art that takes total dedication, long hours, and a real connection to people. He knew that there are no shortcuts to the red carpet.

Now he’s living the good life and sipping champagne, but he didn’t get there alone. He found like-minded brothers who became his family.

At first, Jim brushed off fraternity life as too much of the party lifestyle, no substance. Those are the rumors he’d heard. It wasn’t for him. So why’d he change his mind?

What Jim’s Chapter Did Right: Connecting

He went out to some IFC recruitment events on a whim, to meet people. Just for fun. He didn’t think he’d get anything out of it.

Mostly, they made IFC recruitment about him.

They felt him out, and they were genuine. They talked about his acting aspirations, his grades, and what he wanted to get out of brotherhood.

Jim’s brothers genuinely showed interest in him. They made recruitment all about connecting. Jim connected, and he got the bid that changed his life.

Philanthropist Frank’s Recruitment to a Life of Service

Frank took 15 credit hours per semester. He was a dual major. He did community service on the side.

If you asked Frank how much he slept each night, he’d reply, “Sleep? What’s that?”

You might call him an overachiever. He always had an interest in joining a fraternity but figured he didn’t have the time.

But he wanted to check out what it was all about, anyway, so he headed out to the IFC recruitment week events.

From the first few chapters he talked to, it sounded like fun. But did he really have time for fun? Eventually he had to ask one of the chapters straight out.

“I’m putting everything into being a student,” Frank told them. “Is there a place for someone like me in your chapter?”

What Frank’s Chapter Did Right: Put School and Service First

Not only did the chapter surprise him by saying he was exactly the kind of brother they wanted—they blew him away by describing the philanthropy service project they had going each semester with a national cancer research institute.

It turned out that Frank’s chapter valued what he valued: service, leadership, and education.

In fact, it was the chapter’s dedication to philanthropy that led Frank to his future career.

Arush is earning a STEM degree. He’s an Air Force ROTC cadet. He wants to become an astronaut and work on the International Space Station one day.

Big aspirations mean that Arush must buckle down and spend his time carefully around the right people.

He’s read the news stories about fraternity chapters being shut down for hazing, drinking, or other dangerous behavior.

He knows that these stories don’t reflect all chapters, but he isn’t sure how to separate the Animal House from the Revenge of the Nerds. He wants to move beyond fraternity recruitment stereotypes, but can he risk falling in with the wrong crowd?

What Arush’s Chapter Did Right: Built a Legacy of Leadership

Arush heads out to IFC recruitment events, afraid to make a bad choice and end up with the wrong brothers. He wants to be in space one day, but for the next four years he can’t afford to have his head in the clouds.

Then he met his future brothers.

He knew it right away. Arush’s chapter had been recruiting the right brothers, based on shared values and goals, for years before he came along.

They’d built a legacy of leadership, carefully selecting the best future brothers, and then fostering their growth into capable men who worked to achieve success.

They assured Arush that they followed anti-hazing rules on campus. They didn’t drink at IFC recruitment events.

In short, they didn’t want anything to do with the negative press some chapters got.

They assured Arush that every single brother joined because he wanted to build a chapter that helped him be more successful in college and beyond, and to do so while making bonds to last a lifetime.

OmegaFi offers software solutions for IFC fraternity chapters for recruitment, budgeting, communication, and more. Learn more about our services or call direct at 800.276.6342.

Do you have your own IFC recruitment story? Share it in the comments below!