Capitalize on Alumni Invitations: What Would You Have Done 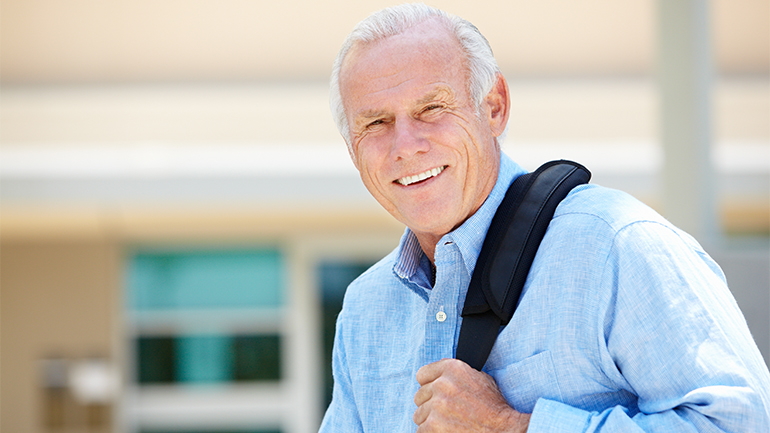 I heard this story from an alumnus I met with about his most recent interaction with his chapter. After hearing the story, I was shocked that he still had a positive impression of his chapter.

This person owns four season tickets to a professional sports team in town. The seats are pretty good.  He is a top executive at a Fortune 500 company. He usually takes his wife and kids to the games, but they were out of town visiting relatives.  He looked at his calendar in the morning and realized his university was hosting Homecoming that afternoon. He made the short drive to the chapter house for a few reasons: (1) He wanted to see if any brothers from his era would be at the house and (2) he wanted to invite three undergraduate brothers to attend the game with him, all expenses paid.

Well, he walked away from the Homecoming event with one of those tasks accomplished. Can you guess which one?

He was able to catch up with a few of his chapter brothers who were also back in town for Homecoming. He had a good time chatting with them and reminiscing about old times. When this alumnus started chatting with the undergraduate brothers about their interest in attending a sporting event that evening, he felt like he was speaking Russian!! He could not get a single person to go with him to the game.

In fact, in our meeting, he said to me, "Sean, can you believe that not a single one of those 60 brothers wanted to go to a game for free? Free tickets - free food - free beer - and the opportunity to get face time with an executive who could get them in the door at this company or send a letter of recommendation on their behalf.  I was just dumbfounded."

Well, that made two of us. After I picked my jaw up off the floor, I was amazed that this man even wanted to talk about the fraternity. He was well aware that the men in the chapter were good guys, but he was caught off guard by their lack of interest.

I know chapters often host big social events on Homecoming weekend, and these events are fun for undergraduates.  Sometimes, however, it is important to think about the long term. Three hours with that alumnus would most likely have done wonders for someone's career and create wonderful good will with him for the future.

Thankfully, he had a great attitude, and I still was able to convince him to make a major gift to the campaign.  However, I can't imagine what would have happened if he had a better experience during his last interaction with the chapter.