5 Steps to Being the Best Manager as a Fraternity President

January 16, 2020 | By Connor Holmes | Fraternity, Communication, How to Run a Fraternity 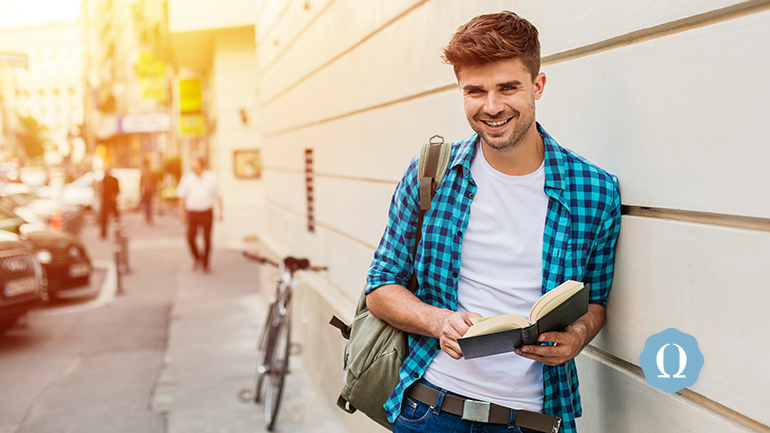 As a fraternity president, this is a question that one should ask before even running for the position. As a leader of a group of up to hundreds of young men, being not only a good manager, but an excellent one, is a prerequisite for the position.

Although this may sound hyperbolic, this position can be just as challenging as that of a small business owner, perhaps even more so, as you must run your chapter between a full class load and other responsibilities.

However, being the best manager as a fraternity president is more than shouldering the burdens and time constraints of the position. In truth, it’s implementing effective organization and carrying oneself in a manner that inspires others while demanding respect.

For your inspiration, OmegaFi is here to give you 5 Steps to Being the Best Manager as a Fraternity President in order to keep you both effective and efficient.

How to Run a Fraternity, Step 1: Learn from your predecessors

The moment you take office in your role as fraternity president, you need to know your organization like the back of your hand.

This goes beyond knowing your yearly budget or typical programming schedule. It means knowing how these things work, the fine details of their execution, and the weaknesses, flaws, and expected issues that will inevitably arise from your organization.

As a manager of your brothers and chapter responsibilities, it’s up to you as president to know how best to steer the ship. Part of that knowledge base is knowing the position of every rope, its condition, and every hole on the ship before you call yourself captain.

Shadow the man who came before you

Shadowing the previous chapter president has many advantages. Chief among them is that he made mistakes you can learn to avoid, and he achieved successes you can mirror in your own presidency.

But shadowing is also a crucial part of any new officer transition. You can read the rule book all you want, but learning first-hand how to perform your role is an invaluable experience.

You learn not only how to perform your role as president,  but also how to better communicate with brothers as well as the right demeanor to adopt as a leader and how to delegate and strike a balance between chapter duties and being a student.

Ask for advice and suggestions

Although the internal details of an organization can be hard to see from the outside, to be a better manager reach out to the leaders that have come before you. Speak on the issues of problems faced by your chapter’s previous presidents.

Often, when you reach out directly to those with experience and ask for help, you’d be surprised at how often you’ll get it.

How to Run a Fraternity, Step 2: Work alongside your brothers

Keep in mind that holding the office of fraternity president isn’t about being a tyrant. There are times you’ll need to lay down the law, so to speak, but it’s also important to make your brothers feel respected and a part of the chapter decision-making process. Likewise, it’s important to participate in the everyday chapter tasks alongside your brothers.

There are few actions that command as much respect from those you lead as working alongside them. Looking back at famous generals and leaders, you will often hear anecdotes of them leading the charge or putting in the long hours to make sure a job is completed.

From the perspective of those you lead, seeing someone in a higher position willing to partake in the grunt work of an organization to make sure a job or task is finished is the easiest (and quickest) way to gain the respect of your peers.

The added benefit of this type of leadership style is that it puts you closer to the issues and concerns of your brothers.

In this proximity you begin to learn not only the job you’re asking others to do for you, but you also gain a bit of experience that can fundamentally shape your decision making in general.

For instance, if you work an event that is incredibly labor intensive that your brothers fundamentally hate, from personal experience you may learn that it’ll take more brothers to ensure a faster completion time and less stress on the brothers tasked to complete it.

Better understand all points of view.

Understanding your brothers’ points of view gives you a much more intuitive management style. Why? Because you can better empathize with them.

There’s a balance to be had between hearing brothers out and giving in to their every demand, but once you learn how brothers work as individuals, you can create strategies to help them work better as a team.

How to Run a Fraternity, Step 3: Master the one-on-one

When it comes to delegation (more on that later), one of the best tools in your management toolbox is the one-on-one meeting.

Thankfully, we live in a democracy. Therefore, the basis for an organization’s structure in this country is generally hierarchical. For every president there is a vice president, and because of this, a fraternity president’s role is to provide a vision and empower those around him to accomplish that vision.

After delegating a specific task, set up a schedule of one-on-one meetings with your department chairs and fellow executive board members to ensure that your programming and platform initiatives are running smoothly. This creates a smooth chapter management process and keeps all brothers on the same page and working together cohesively. You can make these one-on-one meetings bi-weekly, monthly, or as needed, but when conducting them, be sure to take notes and set parameters of accountability in those you delegate to.

Sometimes brothers may disengage from the chapter, or struggle with a challenge they feel unprepared to face.

As chapter president, you can use leadership techniques during one-on-one meetings to help give them the tools to succeed.

Many times, brothers just need someone to bounce their doubts off of, and together you can strategize potential solutions.

If someone isn’t meeting expectations, find out why in good faith

Sometimes a brother disengages from the chapter, misses events or shows up late to chapter meetings. This brother may be constantly late on dues payments. He may be struggling with classes or mental health issues.

It’s up to you as chapter president to recognize when a brother is in trouble with meeting his membership expectations, and to engage him one on one.

Be familiar with resources brothers can use to help them get back on track. Discuss campus therapy for stress or other mental health struggles, the health center for illnesses, tutoring and peer study options in addition to regular chapter study hours, and payment plans or scholarship options for dues.

How to Run a Fraternity, Step 4: Lead by example

As second-to-last on this list, this entry is supremely important. It’s incredibly difficult to respect a leader within an organization that demands more from their employees (or brothers in this case) than they are willing to hold themselves accountable to.

Set standards for your house and embody them.

For example, imagine a fraternity president wants to revise the chapter’s dress code. Let’s say this president states that from that point on, all brothers will need to get a haircut every two weeks and wear a blazer and dress shirt to all campus events. The brothers of the chapter accept these conditions and alter their behavior and dress code.

Two weeks later, the fraternity president is spotted at an event wearing a t-shirt and flip-flops as other brothers made time to go home and change.

Regardless of the excuse, when you ask others to change their behavior and believe in you, the quickest way to lose their respect is to neglect holding yourself accountable to the same demands.

Be compassionate with yourself and your brothers

Offer understanding, and listen to what brothers have to say. Include them in decision making whenever possible, and reward participation by elevating their roles in given tasks or objectives.

Hold yourself and your brothers accountable.

Chances are, you’ll have to take disciplinary measures at some point or another. That may mean a brother may be excluded from certain events, may have to do extra chores around the house, may have to pay a fine, or whatever is appropriate.

There’s a judicial and rule enforcement process in place for them. You should be held to the same standard. There should be an impartial process by which you face consequences for breaking a bylaw or skipping an event, just like everyone else.

For serious offenses, or those that go against the fraternity house or campus rules, your chapter may have a process in place to hand off disciplinary action to the university, Greek officials, or the house corporation.

It’s better to be accountable and follow the rules in the first place.

How to Run a Fraternity, Step 5: Trust your brothers and delegate

As we’ve mentioned before, delegation is the lifeblood of any manager. You will not be able to do everything that is required of a thriving organization.

Even in the off chance that you could (you won’t), the model is not only unsustainable, it robs your staff of the ability to participate and stunts organizational growth.

With that said, the best practice in leading any organization is to put people around you whom you trust and believe in to do the job for which they applied. Although this takes trust initially, it’s critical to not only your chapter’s growth but yours as well.

By giving yourself a break and relying on fellow officers’ specific roles and responsibilities, you’ll save yourself many late nights and headaches. To build these relationships (and ultimately that trust) meet with officers, get an understanding of what they want to bring to the role, and gauge their passion for your administrative vision.

Consider the role you play with financial management and the chapter treasurer. If you were to take the lead, make unilateral decisions on the budget, and take charge of every committee’s budget, you’d never get anything done. You want to delegate to the treasurer to take the lead role with budgeting, dues collection, and financial management throughout the semester. Don’t step in to lay down the law when someone’s late on their dues until absolutely necessary.

Other officers can help as well. The Vice President can take a key role with helping committees craft their chapter and project goals, and estimating the associated costs. He’ll come to you only when there’s something he can’t handle.

This minimizes your time spent doing other people’s jobs and maximizes your ability to be a manager.

With everyone connected and focused, you’d be surprised how smoothly things go down.