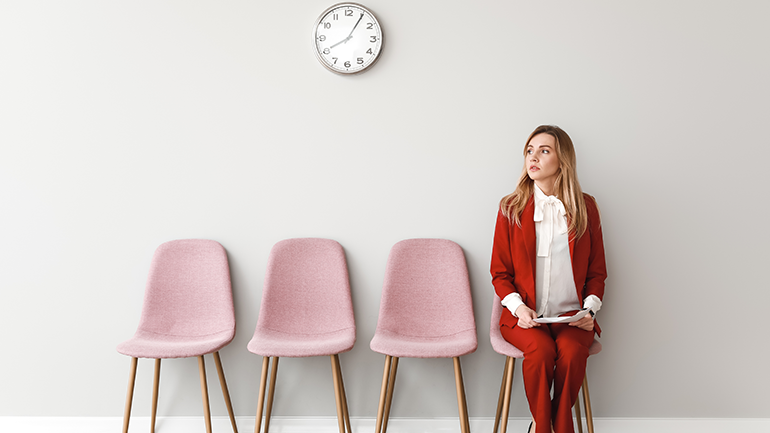 Year-End Appeals Without a H.R. 4619 Decision

It's every fundraisers dream . . . a world where our donors swoon over our cause. The case statements we spent months developing are so powerful that prospects are overcome with joy, jumping at the opportunity to write a check to support our fraternal organization. Our appeal letters inspire action, and our asks are met with enthusiasm and advocacy. We are partners in the process of helping an individual support an effort he or she so fervidly endorses.

In an ideal world, our fraternity and sorority donors would give for the sake of giving.

Somewhere along the line, fundraisers have romanticized the giving process. Many appeals often encompass an organization-centric approach promoting the idea of making a gift solely for the benefit of the organization, when the reality is that people give for a variety of reasons. While we'd like to imagine that donors have a more altruistic reason for giving, certain gifts present the opportunity for a donor to improve his or her own financial situation. Instead of exclusively promoting selfless giving don't we owe it to our donors to help them maximize their own benefits while supporting our fraternal foundations?

Our government certainly thinks so.

The American Taxpayer Relief Act of 2012 provided significant advantages for taxpayers by extending certain tax cuts and enabling certain taxpayers to contribute to a charity from their IRA without incurring penalties. Unfortunately, portions of the law expired at the end of 2013.

A significant part of this law surrounded IRA distributions as it relates to charitable giving. When an individual with an eligible IRA reaches the age of 70 years and six months, IRS regulations require the individual to take RMD's (required minimum distributions) from their IRA annually. Under normal law, the RMD withdrawals qualify as income, therefore the individual must pay federal and sometimes state taxes on the distribution.

Ultimately, your donors financial capacity is significantly reduced due to the taxes owed on the distribution. However, under American Taxpayer Relief Act, an individual could transfer a portion of their IRA accounts (up to $100,000) to qualified charities tax free.

These transfers were called "qualified charitable distributions" (QCD). QCD's presented a great opportunity not only for those who were looking for another way to support their favorite charitable organizations, but also those individuals who did not need the income from their RMD, and those who did not want to see a portion of their assets depleted through applicable taxes. These provisions were very popular among financial advisors and donors alike, and many organizations saw a significant increases in year-end giving by utilizing this vehicle. However, these IRA provisions were were only temporary and expired at the end of 2013.

Will the extensions be activated for 2014?

On July 17, 2014, the House of Representatives approved H.R. 4719, a bill which included the Permanent IRA Charitable Contributions Act of 2014 (H.R. 4619). If the bill is enacted in to law, the extensions will be renewed on a permanent basis allowing donors to utilize QCD's towards their annual RMD's.
While support for the bill has been strong, the decision will likely not be made for a few months, as historically election years have delayed such bills until the lame duck session.

So how should our organization react?

While many are optimistic that H.R. 4619 will be approved, OmegaFi does not recommend you promise your donors incentives through a giving program that is not officially in place. Instead, it's important to highlight the benefits of pro-actively promoting gifts from an IRA for the individuals who meet the demographic outlined in the bill. Essentially these donors are presented with two options, wait and hope that the bill is approved, or act as if the bill will be approved.

Many experts are recommending that individuals and organizations act as if the bill is already in effect.

If your donors wait for the law and fail to exercise their RMD's in a timely fashion, they could face a penalty as high as 50%. On the other hand, should a donor take a RMD and donate it directly to a qualified charity in a manner which is consistent with previous policy, history tells us that the law will likely be enacted as retroactive, making the RMD an eligible QCD. The worst case scenario your donor faces is the law not being passed and the distribution being counted as income, allowing for the gift to be eligible for an itemized deduction on their taxes.

In brief, working with your donors to choose the appropriate giving vehicle will ensure that they are maximizing the benefits made available to them through their contribution. Whether or not H.R. 4619 does in fact become law, approaching your donors and discussing their options surrounding a gift from an IRA presents significant opportunities for your fraternity or sorority foundation and your donors.

Update: While the mid-term elections will not provide an immediate answer for fundraisers, many experts are optimistic that the results should lead to reform and/or overhaul of tax incentives for charitable giving. Experts believe that Republicans will likely wait until next year to approach a more extensive overhaul of the tax system as the election will see the party gain control in the senate and increases their influence in the house. However, many lawmakers and foundations alike are optimistic that the current Congress will consider certain provisions to the tax code before wrapping up the term. H.R. 4619 is among the provisions believed to be addressed by the current representatives.

For additional information on how the elections could affect tax law, fundraising and your foundation, OmegaFi recommends the following article which was featured in ‘The Chronicle of Philanthropy’.